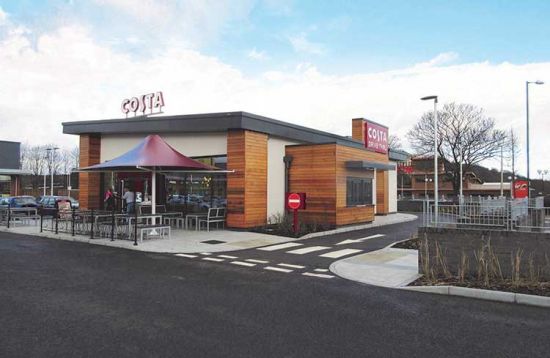 BDG Thomson Gray has worked closely with West Coast Estates to deliver a convenient drive-thru Costa Coffee outlet. The new outlet was backed by 400 letters of support, and is expected to create 18-20 new jobs.

The £2 million work to redevelop a vacant Aberdeen office site was completed in 16 weeks by contractor MTM, beginning in January with the demolition of the existing building.

Iftikar Mian, Director of West Coast Estates, said: “This has been a really positive project to work on from start to completion. We were overwhelmed with the level of support the plans attracted. Not only will the new outlet generate jobs locally, but it will also give people in the area a modern destination to meet and socialise.”

We use cookies to ensure that we give you the best experience on our website. If you continue to use this site we will assume that you are happy with it.OkRead more